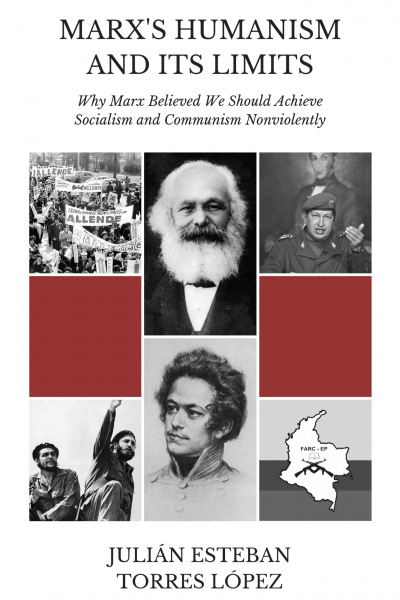 In this long-form essay, Julián Esteban Torres López dissects Karl Marx’s writings to make explicit a Marxian Humanitarian Theory. Torres López surveys and analyzes Marx’s work on violence, revolution, and the treatment of human life, and concludes that not only did Marx see the possibility that socialism and communism could be achieved by peaceful means, but that it should be done so.

Torres López challenges the mainstream notion that Marxism has always been a war-machine that leads to tyrannical, authoritarian, and anti-democratic regimes. Instead, Torres López argues that actualizing human potential, while still treating the individual as an end, was the goal Marx endorsed. As Marx got older, he became more moderate in his justifications of violence, and he more intensely adopted the view that humans deserve to be afforded dignity and treated as ends.

However, though Marx hoped the road to socialism and communism would not be stained with blood, in most places in the world, he believed, violence used as self-defense would be the lever of revolutions. Nevertheless, though the end may justify force under specific circumstances, much hinges on the uncertainty of the realization of those very ends.

One of the best new Socialism books to read in 2018.

BookAuthority
One of the top 30 best Communism books of all time.