You can find Liminality and its tracks on Bandcamp now, and on Spotify, iTunes, Apple Music, and most other streaming and music platforms throughout June 2022.

Liminality is…
… the silence between our heartbeats
… the gray between absolutes
… the space between doors
… the hallway between rooms
… the lobby of hotels
… the waiting areas at airport terminals
… exploration and yearning
… it is the meaning lost between translations
… the conversations between different species
… it is the hopes and dreams before a catastrophe
… the history and cultures erased and rewritten by colonizers
… it is the rejection of conventions
… the wind born without a shadow
… it is the infinity between our glances
… the recognition of the Other
… it is the instance when beings become aware of their selves and environments
… It is the invisible matter between my consciousness and yours.

You can find Hirˌīth(Ē)Ə and its tracks on Bandcamp, Spotify, iTunes, Apple Music, and most other streaming and music platforms.

Hirˌīth(Ē)Ə is the location of a homesickness for a safety I cannot return to or that never was.

… to my colonizer and colonized identities,
… to the open wounds of settler colonialism,
… to my ancestors and heritages,
… to the environments and situations that bruised and traumatized me, and
… to the mothering arms that held and nourished me.

The album’s five stories are kinfolks who retrace steps to who we were before trauma disrupted our narratives. These blood relations mourn and grieve our loss of land, culture, and family.

These kinfolks take risks by…

… confronting abusers,
… dissecting egos,
… centering our concerns as a form of self-love,
… rerooting and replanting ourselves to reclaim deferred dreams, and
… retaking authority of our authenticities.

_”A Settler Colonial Phlebotomy,” audio and words originally published in The Soul In Space, Issue 2.

You can find Hirˌīth(Ē)Ə and its tracks on Bandcamp, Spotify, iTunes, Apple Music, and most other streaming and music platforms.

SFUMATO is a collection of audio stories

… The silent foot of our own shadows following us

ALBUM NOTE
You may notice that the first three pieces I included in SFUMATO I wrote between 1999 and 2006. I didn’t feel comfortable sending them out for publication consideration until very recently (2020/2021). This is because I tend to spend years, sometimes decades, refining my work until I am satisfied with sharing it with the world. My therapist suggests this is a symptom of my Obsessive-Compulsive Personality “Disorder.” At this rate, the stories I’ve created between 2006 and 2021 will most likely be out for public consumption in a decade or two, if my patterns continue. In a weird sense, my stories you consume today are no longer really representative of me today, but of a much younger self. The stories I publish today are fleeting moments and historical artifacts of my previous selves. Fading, vanishing, borderless memories… Smoke… The silent foot of my own shadows following me home.

_”Neurodivergent,” originally published in a magazine, but I later retracted publication because of the white supremacy apologist position of the publication’s EIC. Currently in search of a new publication to publish this piece.

_”Sleepwalking Through the 20th,” originally published in Havik 2021: Inside Brilliance.

The Nasiona’s compilation album, Volume 1: Petrichor is the first volume of The Nasiona’s music series encapsulates all the glorious highs and the searing lows of navigating the world as an empathetic, curious individual. The works contained in this volume — from mournful piano compositions, dazzling spoken word, spellbinding vocal layered-songs, to beautiful instrumentals — express the intricacies of being an artist of color in a too-often indifferent world; and like the scent that lingers long after the downpour, these masterpieces ask you to sit awhile, to close your eyes, to pay attention.

Julián is going live with seven audio storytelling albums in 2022. Titles in order of tentative release dates below of remaining unreleased albums.

If my voices were a painting...

"... the paint brush would be dipped in Beethoven hues, shades of Sandro de América, a rainbow mixture of Django Reinhardt’s Romani jazz and Thelonious Monk improvisations, a bit of Blues, some blood red Flamenco, caramel coffee Cumbia, carnation pink Vallenato, African violet Mapalé, lilac panpipe flutes, the hypnotic rhythm of a copper penny pendulum, and the silences in between black holes. Those are the colors of the spectrum of my voices."

-Julián on how he characterizes the sounds of the six storytelling albums he is releasing in 2022.

With over two decades’ experience in community development and advancing social justice on the ground and in academic, corporate, and nonprofit settings, Julián is available for consulting, public talks, keynotes, workshops, training, coaching, mentorship, and interviews.

Julián is also available to partner with others to advocate for and center, elevate, and amplify the voices, experiences, and concerns of survivors of oppressive systems and dominant cultures. 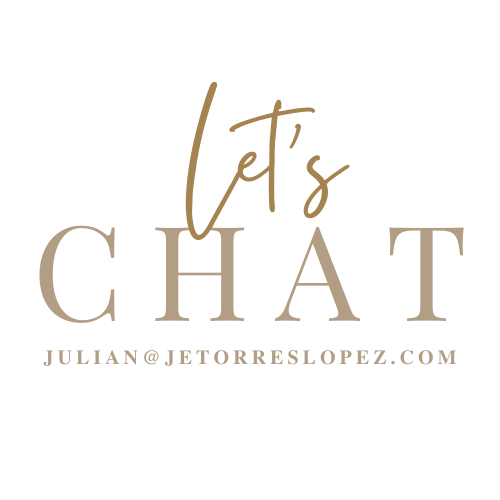 JULIÁN ESTEBAN
TORRES LÓPEZ
What is the source of my creativity? What's my artistic process? Why share my artwork? How do I curate my stories? What is genreless storytelling? |